Flashback Friday: "If I Were A Carpenter". 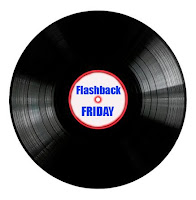 I have previously disclosed that I was not much into rock when I was a teenager. With age, I have started to appreciate some of its rough and genuine appeal. Certainly some of the rock ballads seem to have managed to allure even my younger mind.

I was in my mid twenties when a friend introduced me to a solo album made by Robert Plant. To be honest, I can not even remember today how it all came about, but suddenly I was an an owner of a rock tape. I still have it somewhere, in my old tape collection. If it would be possible to examine it, one can see that a particular song was re-played very often. "If I Were A Carpenter" is truly a classic. Originally composed by Tim Hardin, it seems to have been covered and performed by numerous artists.

Although I in no way can claim to know all the covers, from the few I have heard over the years, the below seems to be the best version. By far.

I must admit I never heard that version before Zuzana but I like it - and the video is good too, really mystical. The version I have is The Four Tops given to me by an Irish priest when I was a lonely teenager living away from home for the first time in Manchester. I didn't realize so many people recorded it. I think Tim Hardin also wrote Reason to Believe (recorded by Rod Stewart)?

Is that Indian Summer still with you? Ours is just about clinging on, but last night there was a hint of frost. Hope you have a great weekend.

The video was beautiful, thanks for sharing this!

I remember the Bobby Darin version from 1973. I've always loved this song.

What a classic voice. Seriously, takes me back to 5th or 6th grade...
I will be passing this one on!
Have a beautiful weekend!

I have never, ever even heard this song in any version. I don't know why. But this seemed like a very "autumnal" sounding song to listen to this morning...

When I read the title for the post, I thought you meant, a Carpenter, as in Karen and Richard ;)

Though I have my favorite genres, I do like all types of music, including rock. Maybe because of my brother? I have my favorite bands, such as Metallica, but I have also heard of Led Zeppelin, and hence of Robert Plant, though I'm not all that familiar with their music. I saw a documentary a few months ago about the band, and was suprised at the number of songs I have heard along the years, and never knew it was them singing. I like Immigrant song...very strong, and loud, and certainly NOT one to listen to on a quiet afternoon :-))

Never heard If I were a carpenter before. Interesting song. A "very 90's" video, don't you think? :-)

What a voice of an angel Robert has!!!

Very Cool! Gordon Lightfoot has had this type of luck with his songs sung by others too ranging from Elvis to Ian & Sylvia! :)

Oh,it's very nice that you have posted this video.The song is my evergreen favourite and I would always like to pluck my guitar when I sing it. This rock version is refreshingly new to me. Thanks for droppin by. Have a pleasant weekend.

I'm most familiar with the song by Bobby Darin in the mid-60s. I had no idea there were so many covers but Bob Seger's caught my eye. I had to look that up on YouTube and I think it's a fine version. Then again I'm a big Seger fan. ;)

rock grabbed me at a young age. at 17 my hair was close to that long actually. love the song. wonderful vid. hope you have a great weekend.

you have a wonderful blog here!

thank you for sharing this - it's so great!

I liked your blog very much. You have designed very beautifully and I appreciate for your lovely post with wonderful video.
You are welcome in my blogs.

This is a song I've heard many times, in many versions. The one I happen to own is the original by The Four Tops. We can definitely categorize this song as a classic! The classics always get sung and are never forgotten.

PS: The Robert Plant version is very good! Thanks for the listen!

=Blogaire,
always a pleasure when you stop by.;))
Glad you enjoyed this version of a famous classic.;)) I agree on the video, it is simple, yet emotionally loaded.
Thank you for sharing the time in your past, when perhaps this song meant a lot to you, I truly appreciate it...
Yes, the Indian Summer days are ending here as well. This weekend is the last of the summer sun. After that, Lady Autumn gains the rein of the season.
Hope your weekend it lovely.;)

=sujata,
glad you enjoyed it.:) Thank you so much for taking the time to stop by, your visits are always appreciated.;)) xo

=Stephanie,
glad I could share with you another take on a classic that you love.;)) xo

=Tina,
this is the best for me to know, that I have introduced you to a classic that you might not know off. Perhaps, in time, you might find a version you like even better.,) Until then, I am glad you enjoyed the "autumnal" voice of Robert Plant.;)) xo

=Diane,
hehe, not even close, but of course I am admitting freely to truly love some of their songs actually.;) xo

=Claudia,
exactly; that is how I view music; I have a broad taste. I also like to see documentary about musicians, as it often gives an insight into their lives and gives us a reason to understand why certain songs were created. A life of an artist a similar, in certain aspects, to the life of a scientist. Maybe that is why I love music so much,;))
Hope your weekend is lovely dear Claudia.;) xo

=Michael,
so right you are; in fact I have Gordon planned for a future Flashback Friday,.;)) He is one of my favorite artists.;)) Hope you are having a lovely weekend, perhaps horseback riding:;))

=Mahmud,
ah, always happy to see one of my favorite guest dropping by for a visit. Glad to have introduced you to a new version of your favorite classic.;)) xo

=Hilary,
I love Bob Seger too, in fact he is planned for one of my Flashbacks.;)) Glad that I can post something we both like.;)) Music wise.;)) Hope you are having a lovely weekend.;)) xo

=Brian,
I always thought that a man should have long hair. My Irishman used to have a mane of hair that a woman would envy..;))
Glad yo enjoyed this version, hope your weekend is great.;)

=Phillip,
so glad you enjoyed it.;) Always happy when you stop by.;))

=Dani,
thank you for your kind words - right back at you.;)
I am so happy you stopped by.;) Please come back again.;) xo

=Babli,
thank you, that is so kind of you. I am happy you enjoyed he song and the video. Thank you for your kind visit.;) xo

=Keera,
glad you share my love for this incredible song. Likewise happy that you enjoyed the Plant version, it is one of a kind.;))
Hope you are having a lovely Saturday and enjoying the last summer days, my fellow Scandinavian.;) xo

Certainly brings back memories...and you were a Lady...!

I loved the sunsets on your previous post and this song is special. I married a carpenter and I am a lady. 31 years of marriage and I'm thankful. My parents said "what?" and I said "I have to follow my heart." A good choice!

Baron's Life,
so glad you enjoyed this great classic and that it brought back some good memories.;)) Your visits always put a smile on my face.;)

=Beverlydru,
I am happy you enjoyed the sunsets, they are are truly amazing.;)
Ah, and your story reinforces the fact that romance does exist in reality. My kind of story for sure.;)) xo

I'll have to wait till my troubleshooting daughter Mel gets home from school and fixes the sound on my laptop so I can hear. I do enjoy the music of Robert Plant.