Flashback Friday: "If I Can't Have You". 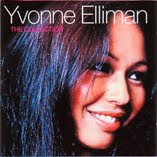 The first time I saw and heard Yvonne Elliman was in the film version of Jesus Christ Superstar, where she played the role of Mary Magdalene. I was completely captivated by the film and by her performance of the well known song I don't Know How To Love Him. The music felt very powerful and enticed my young mind like very few compilation had before. I sat mesmerized watching the musical, holding my breath.

Later I realized that Yvonne Elliman also performed as a backing vocalist for Eric Clapton on many of his 1970s hits, including "I Shot the Sheriff" and "Lay Down Sally".
I guess she is known through many songs, today however I decided to share her biggest number one hit from 1977, "If I Can't Have You". It was featured on the "Saturday Night Fever" soundtrack and was written by the Bee Gees.

I hope you enjoy this flashback to the glittering disco days, when the right music was played and when the dance floor was the place to be on a Saturday night.

As a huge Bee Gees-fan in those days I know this song inside-out and backwards.
For me a fantastic memory-lane song. Thank you, have a great weekend.

off to find my sequined outfit and disco ball...lol. hope you have a wonderful weekend!

Ah, those were the days! Have a lovely weekend. :-)

Loved your flashback!
Thank you dear Zuzana for sharing.
You always brighten up my days!
Now, I'm ready to dance!
I shall try and do a few little dance steps on my morning walk, give the neighbors something to talk about ....LOL!

Have a most wonderful weeekend!
One of joy!

I had no idea that she was the one singing that song, that the BeeGees wrote it, and that that was the title!! I had heard the song before though, and actually reminds me of my mom cooking! strange, right? Thinking hard, I think I used to play by the kitchen while she was cooking with the radio on. The song must have come up around that time. Interesting...
Always enjoying your Friday flashbacks!!
have a lovely day.
*hugs*

I always loved this song and the husky quality of her voice. Great flashback pick, Zuzana!

I really, REALLY miss dancing on Saturday nights...Friday nights for that matter too!!!

Happy Weekend to you!

LOVE this song...the whole album was played over and over and over in the late 70s. Funny thing tho, I was never allowed to see the movie as it was rated R!
Finally saw it a few years ago--and loved every second of it! Today, it would be PG!
Have a great weekend!!

This song takes me right back to the 70's. Love Saturday Night fever & the Bee Gees.
We just saw a live production of Jesus Christ Superstar and it was great.

I love her. Great flashback.

Great choice Zuzana - well ANY 70's will get the thumbs up from me anyway. I love the Bee Gees (including all their reinventions and reincarnations). Yvonne Elliman is a fabulous singer but as I prefer her "I don't know how ..." I am delighted you have given us a Flashback bonus track this Friday!

Wow, now that takes me back!

Hearing that song takes me back and I can see myself wearing a certain top I used to love(which I later melted with an iron because it was made out of
acetate--SO very 70's!).
I forgot she was Mary Magdalene in JCSS, though. One of my husband's favorite albums....

As soon as I read the title I started singing the song in my head. Funny how you hear a song and right away all the words come back to you.

I am very excited that I can watch one of your videos finally! I kept downloading various flash players without much luck and then yesterday I apparently found the right one!

Never heard of Yvonne Elliman. Interesting that she sang back up for Eric Clapton. I love his music!

She has a great voice!

I always enjoy your flashbacks Zuzana...I was exactly my youngest daughter's age when Sat. Nite Fever came out...I won a copy of that album at a "hop". Thanks for the trip back in time:)

I love Jesus Christ Superstar. I grew up to those songs. I think i was younger than ten i was singing I dont know how to love him and my classmates were quick to notice how weird am i cos they don't know the song. And oh, off topic, Monalisa too. I love old songs. I call them grandpa songs. Cos my grandpa babysit me with those songs. An whenever i hear them on a radio or a movie i always remember him.

JC Superstar is a lovely musical but honestly I did not know this singer. I also like the other people you have mentioned.

Was caught up with life Zuzana so could not visit your beautiful cozy place. Hope you are well and joyous.

There is nothing like music to move us back in time and space, making time appear forever relative.

Thank you so much for taking the time to stop by and listen.:)

Lovely! I was always a Bee Gee's fan as well. (Have you seen the new Night at the Museum movie at the Smithsonian where the Bee Gees are the fountain cherubs? Hilarious!)

I always liked Yvonne Elliman, though I can't say this particular song was one that I loved. I did love the three tunes she did in JC Superstar though. She was also the voice in the Broadway recording. I had no idea she did backup for Clapton.. very cool.

My post The Beginning Of The End was nominated for POTW by Hilary. Please click the image above to visit her lovely blog.