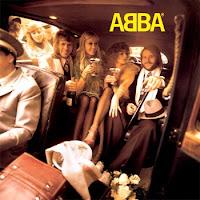 The first musical interest of mine was without doubt the mega successful Swedish group Abba. I was barely eight and I remember listening to the records my parents would play and immediately found absolute appeal in hits such as Dancing Queen, When I Kissed The Teacher and Fernando, my mothers favourite. I recall that very intriguing cover of Arrival, where the members of the group sit in a glass helicopter and I looked at it with awe and fascination as the beat to the undying melodies was streaming from the stereo. 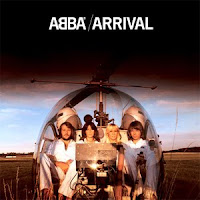 Considering that Abba was inducted into The Rock and Roll Hall of Fame on 15 March 2010, I thought I simply have to share at least one of their hits.
I decided to go for one that is less known internationally, but became a smash hit for Swedish duo called Svenne & Lotta, for whom this single was written to be performed at the Eurovision Song Contest in 1975. Although the track was included on the Abba's first Greatest Hits album, released on 17 November 1975, the ABBA version was in fact never issued as a single in Scandinavia.

Aside from the somewhat badly composed title - with a strange choice of words, Bang-A-Boomerang is my absolute personal Abba favorite. Hope you will enjoy it too, as well as the wonderfully laid back video (including the fabulous 70's fashion), filmed in what I believe to be Stockholm in spring.

They are a great group! LadyCat and I had an exciting evening when we went to see Mama Mia. It was really good with all ABBA's hits. The crowd went crazy. Wishing you a great relaxing weekend. We are into March Madness here with the college basketball tournament.
:) The Bach

Brings back a few memories. Abba was a big part of my personal sound track when I was a teen. Still love to hear them. Have a great weekend my freind.
Kat

OMG ABBA!!! I used to love ABBA growing up.

Oh crap...I just gave away my age (there abouts) and I said I liked ABBA growing up.

Abba is fantastic. My absolute favorite song is Does your mother know but Dancing Queen comes in as a close second.

Have a lovely day, enjoy yourself Sweetie.

I am so glad you're back!! I missed your posts. I have always enjoyed ABBA's music! You know don't you that they are being inducted into the Rock and Roll Hall of Fame this month don't you? Wishing you well! Cathy

great choice...i do know this song...nt as well as others but...happy friday to you. hope you have a wonderful weekend!

A new generation has been introduced to ABBA from the movie that was just out and they are in love too. They just have such uplifting music.

This is a new one to me but their style is so incredibly recognizable. I saw Mama Mia about 7 years ago in Boston and loved it. Chiquitita was my favourite back when it was a hit and my mother love Fernando too.

Hi Zuzana
Oh I LOVE Abba. I can remember listening to their music on my friend's cassette player! Arrival was the first album I ever owned.
Thanks for reminding me!
My favourite songs of theirs were Eagle, Summer Night City and The Piper. But they had so many great songs!
Best wishes
Dan
-x-

ABBA... Wow... Dancing Queen is my all time Favorite Zuzana. We performed this song for a competition. We had so much fun practicing. Thanx for sharing Bang-A-Boomerang. Never heard before, but am liking it :)

Have a happy weekend Zuzana !!!

I really like ABBA, too. As Bach said, the play we saw really brought back all the songs and made them fresh again. Love Dancing Queen!

Have a most fantastic weeeknd my friend!
Have fun!
I'll be painting my bedroom tomorrow, a lovely shade of soft yellow, bringing the sushine into my bedroom, oh joy!

Oh yes, I was there, kind of. I never quite liked ABBA's music then since I came from R&B, blues and Rock&Roll in the sixties, BUT their cleverly written and professionally performed pop music has definitely stood the test of time. Now I am almost proud when people mention ABBA as soon as they hear that I am Swedish. BTW I had a teacher mentor when I trained to become a teacher in the seventies, and he could play every ABBA song on the piano, which he often did in his classroom when the kids needed a rest or a reward for hard some work. :-)

Great choice Zuzana - I love Abba - they knew how to write a good pop song! I agree with you about the 70s fashion, all very retro and hip and now!

Have a good weekend - hope you get out in the garden for a potter!

The first song I ever noticed on the radio as a kid back in the 1950s was Pat Boone's "Love Letters in the Sand". I think it came out in 1957. And I remember the Christmas my parents gave my brothers and me a transistor portable radio. I never had any money to buy 45s so the only way to hear music was on my radio. That radio went everywhere with me over the years - and even off to college. No iPods or computers back then. LOL!

It's hard not to like ABBA. My favorite song has got to be Dancing Queen. Their music was all happy.

I first heard of Abba when I was 12 or 13. I lived in Holland at the time and they were VERY popular there! I vaguely recall watching them do a television interview. They would do part of it in English and part of it in Swedish or whatever language they speak. I remember wondering what I was missing when they spoke the other language.

Their music had the ability to make you feel ‘Happy.’

How we can forget Abba? Lovely post Zuzana. Have a great weekend.

Thanks to Norway's proximity to Sweden, I actually heard this song a lot on the radio as a teen. Nice to hear it again.

I agree with you, Dancing Queen is most likely their best hit and one of my favorites as well.;) Nevertheless, the magic of this *one of a kind* musical wonder is captured so well in all their music.

Thank you all for your kind comments.;)