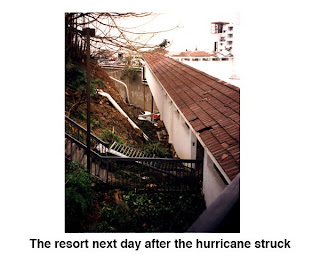 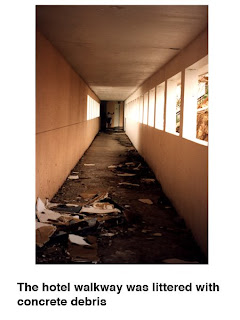 As hurricane Ike made landfall in Texas this weekend, causing extreme devastation and menace, I got reminded of my own experiences when it comes to these raging storms. I have been confronted by two hurricanes in my life, when living in the US. One of them was hurricane Fran, that hit the coast of North Carolina in 1996 and even caused significant damage further inland, where I lived at that time. I remember how frighten I was, wondering whether the roof of my second story appartment will suddenly take off or if the windows will shatter. I was scared, mostly as I knew what a total devastation a hurricane can cause. This because just a year prior, I was literaly in the eye of hurricane Marilyn. What started as a wonderful vacation on St Thomas, one of the three US Virgin island, ended with days of terror and fright exactly 13 years ago today. The hurricane was already formed on the day of our departure, September the 13th, but its heading was more westward and it was no threat at that point to the islands. However, this scenario quickly changed and before we knew it, we were stuck in a beautiful, first class resort experiencing mother nature at its worst. It was one of the longest nights in my life. I was honestly worried whether we will make it. But even worse was the aftermath. Not just seeing concrete buildings being ripped to pieces, 90% of houses missing roofs and large heavy ships being thrown around far inland like toys, but also our extraordinary reaction to the shock and the stress of the situation. I have heard that under shock, the body rejects the severity of the situation as a protection mechanism. We honestly considered continuing our holiday and kept driving aimlessly around the island on debris littered roads to find an undamaged hotel. But all we found was a devastation I never seen before or since. Yes, we even asked at the almost non-existing front desk whether they had any excursions we could attend. The hotel concierge looked at us confused and with disbelieve. Finally on the 4th day after the storm hit, we were airlifted by the US army and evacuated to Puerto Rico, where we spend 2 wonderful weeks. I never managed to visit St Thomas again. 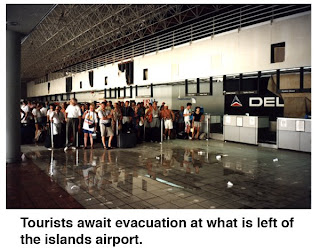 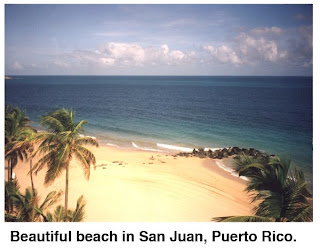 I was living in NY during Fran but moved to NC the following year... I spent 7 years in Charlotte (too far inland to suffer anything but rain from tropical storms). Small world, eh?

Puerto Rico is on my list for a (hopefully) near-future trip (though I'll be sure not to make it during hurricane season :).

Diane, unbelievable - indeed it is a small world.;) I lived and worked in Durham for 8 years (worked at DUKE). A very good friend of mine moved to Charlotte, while I lived in NC.

I can highly recommend Puerto Rico as a vacation spot. As an island, it is very diverse, each of the coastlines are spectacular in their own way, as is the tropical rain forest inland.

I don't want to be presumptuous, but would you ever be interested in emailing, rather than communicating via blog comments? I've met some of the most wonderful people online and have wound up meeting several face-to-face after communicating via email for months, so it's something that's very natural for me :) We seem to have a few things in common and new friends are always welcome!

That is scary - I've been lucky never to have experienced a really really bad hurricane. I hope never to do so!

Thank you for stopping by Hazel.;) Yes, to experience a hurricane makes one respect nature. I wish that experience on no one though and I hope you never need to see its rage.