The Song At Dawn And Dusk. 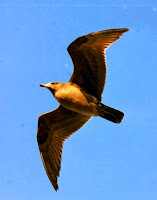 Yesterday night I woke up when Batcat nudged my face in search of some affection. As he settled down next to me on the blanket, purring loudly, drifting into a heavy cat sleep, I found myself - to my dismay - wide awake. It was still dark and I assumed it was still early in the small hours of the morning. As I tried the best I could to fall asleep again, I realized very soon my efforts were futile. I realized this as soon as I heard one faint distant chirping in the darkness outside my window. One look at my alarm clock confirmed my fear; indeed, at five am, the dawn was imminent. Within ten minutes, the chorus of birds started with full force as the velvet blanket above me in the roof top window grew into a hue of silver. Falling asleep with this orchestra in the background was now impossible.

This episode made me seriously ponder this question; Why do birds sing at dawn and at dusk, at least why is their singing so much more palpable at these two distinct times of the day?

In Scandinavia, this chorus of birds can take place as early as 3am in June, when the white nights rule the North. Even though beautiful and so significant of life, this song can also be terribly disturbing. Particularly if one happens to be awake at the crack of dawn, which is really only late at night and the penetrable music is inevitably suddenly there and impossible to escape from.

Believe it or not, it was almost impossible to find a solid, scientific explanation to the "early morning, early evening singing". And this was not due to lack of scientific papers, multitude of them out there studying this phenomenon.

Some sites online list the most obvious reasons; birds sing at dusk and dawn, as that is the time of the day when there is the least amounts of interference from other environmental sources, such as people and cars. The noise of the modern world winds down and rises with the sun. Birds sing to establish their territory, to tell other males where they are (and to beware) and to inform the bird population what they are all about. It is also a means by which they attract mates. When they sing at dusk or dawn, their singing can appear to be coming from a much closer proximity, as it travels more freely, thus confusing their predators. A very interesting fact to note is furthermore that even though the songs sound much all the same to us, each individual bird has a particular tone, which distinguish it from another bird of the same kind.
Posted by Zuzana at Tuesday, April 06, 2010

How interesting your post on birds is because Hubby and I were sitting out on our screened in porch at dusk tonight and the birds were singing up a storm! It sounded like they were right in the room with us and that there were hundreds around us. We even commented on the birds as we went back into the house. Have a great day Zuzana! And keep us your wonderful posts.

Uhmm. Being awake during the wee hours of the morning to come was a contagious disease today.

It's probably the safest time to sing too.

mt vote goes to that they are lamenting the end of the day and so happy when the new one begins...at least thats why i sing at those times. smiles.

I was wondering the same thing this past weekend and had meant to look up the answer. Thanks for doing the research for me!

I have a hard time waking up in the dark during the winter. I actually appreciate being able to wake early in the spring and summer thanks to earlier dawn and the bird alarm system outside my window.

Perhaps this is a lesson in harmony. A reminder when we awake and when we take to our beds that we should rest in harmony...peace! This is a wonderful post! Wishing you well! Cathy

I always like to think the birds are telling me "Good Morning!" and "Good Night!"

I love hearing birds chatter away....much more than the sound of cars and people!

Lovely and informative post again Zuzana. As you have mentioned, I too have read that they sing in the dawn and the dusk to attract their mates and this is the time when the rest of the world is silent, thus enabling them to communicate better.

Hmmm...I actually find bird singing comforting and nice! and we have lots of birds and little pigeons coming to our patio each morning as we provide them with seeds. I suppose it's a difference experience to every person. I did learn, though, once in the Animal Planet TV channel, that birds eat mostly very early in the mornings as the sun isn't so bright yet. A brigh sunlight hurts their eyes, often causing accidents (apparently, in the big cities, they could crash in the buildings and die). So maybe something similar goes on with their singing? Maybe the noise of traffic and the modern city just like you said? Interesting! I hope you get a better night sleep tonight :-)
*hugs*

Bird singing is one of the most beautiful music for my ears. I can't get annoyed :-)

You have shared so many interesting (and to be honest, for me pretty new) facts here my dearest Zuzana. Thanks to you, today I've learned something new :-)

I'm so happy you are back! I took a long break from blogging. It was good in many ways...sometimes you just need that. But I'm very happy to catching up with you :-)

I awoke to the birds this morning, too. They are such sweet chatterboxes : )

One of my favorite things is hearing the lovely lyrics of the birds singing!
When I hear them singing my heart goes singing, winging up to heaven's blue!

Another wonderful post!
Thank you dear Zuzana and have a wonderful day!

Sometimes when I let my little dogs out, I'll hear a chirping. There's a rosebush near the fence and once in awhile, a little bird will land there and chatter away. I always wonder what he/she is saying!

My mom has a parakeet which is fun. She's mostly quiet when I go to visit (sometimes she gets pretty loud thought!) but she's very messy, throwing her seeds outside of the cage and ringing the bells in her cage. She likes to look at herself in her mirror too. I wonder if she realizes she's looking at herself and thinks she's beautiful or if she is trying to figure out who that other bird is staring back at her.

I have always figured that the birds chirp first thing in the morning about the coming day and at night, they chirp about the day past. But I'm no scientist so what do I know? :)

Zuzana,
The birds are really starting to get going these days. Lucky for me, (I think) I am so tired when I get to bed, nothing keeps me awake. Pet that Bat cat for me.
Kat

Zuzana,
The birds are really starting to get going these days. Lucky for me, (I think) I am so tired when I get to bed, nothing keeps me awake. Pet that Bat cat for me.
Kat

Maybe we notice it more at dusk and dawn, too. On days off, when i stay home, they are quite noisy in the trees of my gardens as long as the traffic is slow.

I have the same problem if I wake up early and the birds start chirping or the sun starts shining, I want to get up also. I can sleep when I'm dead. or maybe we won't sleep at all then???

I love taking long walks in the woods, you always will hear birds talking to each other any time of day.

Very interesting Zuzana, I have often wondered about this myself. Our morning birds seem to start their chorus between 4:30 and 5 am this time of year...beautiful to wake up to, except on those days the kids don't have school and I REALLY want to sleep in!!!! Here's a scientific question for you to investigate or perhaps answer for me if you already know: Why is it that as we age there is a tendency to wake earlier in the morning? I used to be a night owl, but not any more. Hmmm.

The singing of birds can be so soothing and tranquil - except when it's early in the morning/middle of the night as in your case Zuzana.
Although I live in the middle of a busy city I also have a neighbourhood warbler (sounds like a blackbird), not regularly but on occasions. Some other mornings seagulls create a racket so much so that I am often posting comments on blogs at unusually early hours because my feathered friends won't let me sleep.
Hope you get a good night's rest tonight Zuzana - if not Batcat might have to be called into action in chasing away two legged, feathered Eurovision hopefuls!

Sandy, Elizabeth, Cosmo, Brian, Stevie, Cathy, Jacki, Sukanya, Claudia, Evi, LadyCat, Margie, sprinkles, Kat, Nessa, Doreen, Laura and Blogaire - thank you so much dear friends. Yes, indeed I agree with all of you, bird song is a lovely sound and I too relish in it during lazy summer days. As some of you noticed, I only dislike it when it prevents me from sleeping. ;))

All your visits and kind words at all times brighten my days, thank you for taking the time to stop by.

The more time I spend outside watching and listening to birds, the more I recognize which sounds belong to which species. I quite like waking up to their calls but not when I can't get back to sleep. I hope you slept better the following night. :)

Hilary, I am not surprised about your knowledge - I truly enjoyed the post you had the other day with stunning photographs and complimenting sound.;) I love when you visit.;) xo