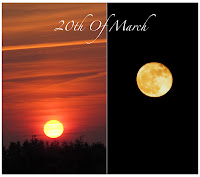 The sun and the moon are two celestial objects that will forever entice and captivate me.

As we reach spring and travel through into summer, I am privileged to watch the most amazing sunrises and sunsets from my panorama windows - heavenly displays that have no equal and I simply lack words to adequately describe.
And the moon - that beuatiful disc under which glow I often fall asleep during the Scandinavian white nights - has an almost uncanny hold over me.

This year, the Vernal Equinox combined the sun and the moon in the most beautiful celestial show that I have ever witnessed.

While the first spring day closed towards its end, I stood in awe as a glowing, platinum sun moved across the blood red evening sky, ready to meet the jet black western horizon. It vanished from my view in a course of just five minutes - a magical and enthralling time frame.
Some hours later, just before bedtime, as I was closing my bedroom window, I was greeted by the cool silver shine of an almost Lunar Perigee. Only a day earlier it was officially full, however the moon appeared so very majestic and perfectly round against the dark blue night sky.

I did managed to capture the most stunning Equinox sunset to date - yet I still need a better camera zoom to eternalize the moon, the natural satellite of our Earth, by which my zodiac sign appears to be ruled.

Nevertheless, both events will remain imprinted in my perception forever. 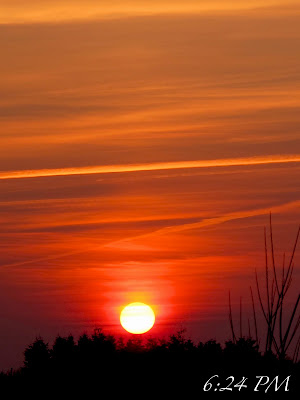 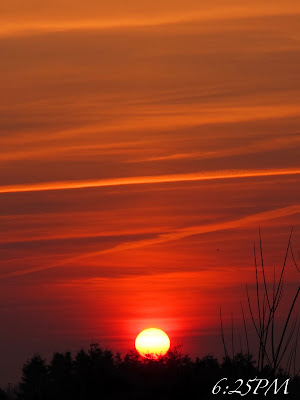 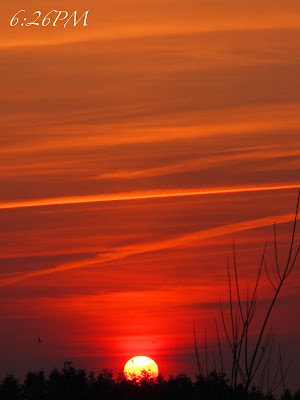 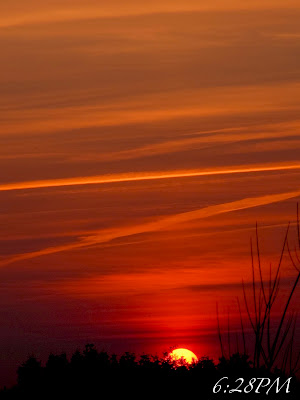 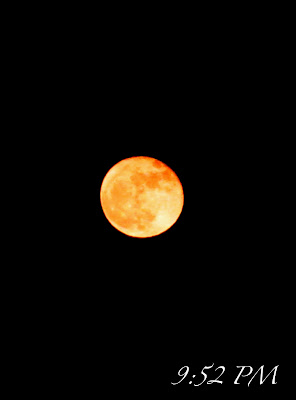 What a beautiful pictures you made again and I love the sentiments you expericience.

Have fun today and I'll see you later.

I missed the sunset that night, I did not get off work till after dark, but the Moon guided me home. It was breathtaking.
Beautiful photos.
Kat

I think that even the sun and the moon will blush on seeing their supreme beauty in these photographs. You do have a knack of taking pictures from the right angles, dear Zuzana.

Awesome pictures! You are an artist in photographic techniques!

Zuzana, these are beautiful beyond words. It gives me a sense of eternity...the beauty of the world is so mesmerizing...

Thank you so much for sharing, it does my heart good!

Wow - what spectacular light and colours! This is the best part of living in Scandinavia.

Hi Zuzana,
The sun and the moon always take my breath away as do your beautiful, beautiful pictures!
Simply gorgeous post!
I loved it!
Hope you day is going wonderfully for you!

that series of pictures is just gorgeous...wow. i have a love affair with the sun, moon and stars...

Those are the most beautiful super moon shots I have yet to see, Zuzana... Even without the better zoom lens.

beautiful, beautiful, breath-taking pictures Zuzana!! Indeed, they have something that makes you stare at both for hours when looking this magnificent.
have a lovely day!

So often we miss these gorgeous creations--works of art--that hang above us! Your pictures bring out their beauty. Thank you for reminding us to appreciate the wonders around us.

Zuzana, the photos are so beautiful. I share your fascination with the celestial. The sunsets here are spectacular, but I don't think as dramatic as what you describe. Thank you for letting us share that beauty.

How fortunate you are to have these views without ever leaving the comfort of your home. They're breathtaking.

I can see these pictures in a frame.

Oooh..that picture of the moon is absolutely perfect! It was a beautiful moon last week, wasn't it?

Wow, absolutely stunning, I want to know how to capture the moon like that :D
firstly I know I need a better camera! You've truly captured the magic, the beauty & the infinite phenomena that is part of our solar system . Gorgeous, well done you. Mmmm I awoke very early this morning, experiencing the most wondrous greeting . . I could still see the most gorgeous moon before & as the sun rose . . awesome!! Wishing you many more magical moments.

I'm not so sure you need a better camera at all! These are stunning images, thank you so much for sharing them.

The moon especilly has always held intrigue for me. It is mysterious hanging there lighting up the darkness. I think all the images of the giant full moon with a man's face in children's nursery rhyme books started it all! And then of course grandfather clocks with the smiling moon face--I would never have such a clock that did not have the moon face!

These are amazing photos. And your words--equally amazing. Beautiful post.

That red sunset is amazing!

Last Saturday, as I drove home I had a wonderful view of the sunset. The sky was dusky, but the sun was like a giant tangerine fiery ball. The only time I could look at it was when it was almost obliterated by rows of skinny black tree trunks.

Absolutely amazing!! You have such a gorgeous view and you descibe them so well. Thank you for sharing your part of the world with us.
Our view is much different here. We got some nice shots of the moon, out over the farmer's field next to us. Different environments...same beautiful moon : )

A Perfect Sequence & Rythme To Your Photos Zuzana.
The Clocks Here In UK Change To Summertime this weekend.The Same With You?

Zuzana...these images are truly magnificent...the sky and sun looks as though it is dropping and melting into a liquid sky!

Yes it was a wonderous site to see! Once in a lifetime for most.

Your picture are so beautiful! I agree with Matty, they should be framed!

Have a fabulous Friday my friend!!!
HUGS,
Coreen xoxo

You have captured one moment in time! BEAUTIFUL! :)

I really don't think these photographs can be bettered Zuzana! How fortunate you are to witness these celestial wonders from your window. Just beautiful!

What more could you want, with the lunar photo???

You mentioned that you did not know that I can not eat bread. :-) I expanded on that, in my today's post. Bread is only the beginning of the list, I'm sorry to say.

See the power of positive thoughts within you. God bless you

You claim you need a better camera but Zuzana you certainly did CAPTURE this beautiful time. It is mesmerizing!

Elizabeth, Lynne, Kat, Susan, Philip, Colleen, ladyfi, Margie. Brian, Di, Bhushavali, Claudia, Betty, Myrna, Matty, Betsy, P, adrielle, Mimi, Hilary, C or V, Sandy, Stevie, Rajesh, LadyCat, tony, Laura , Coreen, Thomas, Jeanne, Amelia, Sukanya , postivethoughts (welcome) and Jill – thank you all for your compliments on my photography - however it is the camera that deserves all the credit. I infinitely enjoying experimenting with it and am only loving it more by each day, as I discover its incredible capabilities.

Thus I am looking forward to share more of the natural wonders that occur outside my windows, as we move into summer and the Scandinavian white night.

Thank you all for your endless visits and kind words, they mean so much.

Thank you dear Alberto, what a compliment coming from you.;)
xoxo