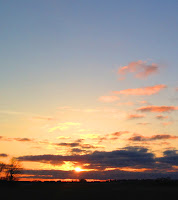 My daily run is slowly becoming a favorite part of my morning.
Not just because I love the exercise, but mostly due to the incredible natural beauty that meets my gaze. Watching a still landscape waking up to a stunning dawn is the most perfect way to start a new day.

I run with my iPhone in the pocket.
Initially, this was to check the time and provided me with a sort of security, as I venture into deserted fields. However, it has become a tool to document the enchanted beauty of panoramic views at sunrise.

Sadly, my little Nikon ceased functioning a couple of months ago, thus until I buy a new pocket camera, my phone seems to be a suitable substitute. Considering the quantum leap that technology has taken just in a few decades, I view every capture I snap with it as a true marvel. Ten years ago no one ever thought that a phone would be substituting point-and-shoot cameras. 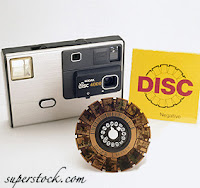 My very first camera was made by Kodak and today it would be considered as ancient at the very best, but in 1982 it was a modern gadget. Of course, viewed with today's eyes, the pictures were of limited quality, nevertheless, I was fascinated by its simple process and by the sheer possibility of being able to the capture moments in time.
Unfortunately, when vacationing in the south of Europe one summer, I left it on the rooftop of my parents car at a rest stop. When I realized this some three hours later, I had to accept that it was lost forever.

Since then I have own many cameras - some inexpensive, some of better quality - yet my love for photography only grew.
Almost every day I take pictures of something that entices me, either using my beautiful Canon or my phone. The fact that I can take hundreds of shots and view them instantly will never cease to mesmerize me - anyone can be a photographer these days.
Still, I can at times get slightly sentimental recollecting the anticipation of the old film processing. Taking pictures in the past was just like a box of chocolates - you never knew what you were going to get.

Below: Images of an April dawn taken with my iPhone during my recent run, please click to enlarge. 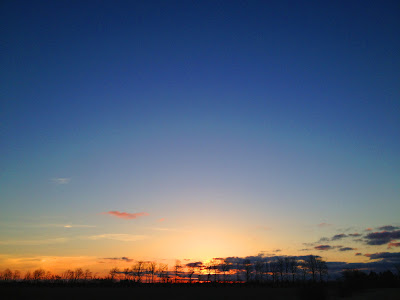 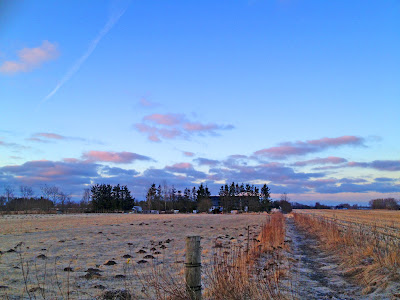 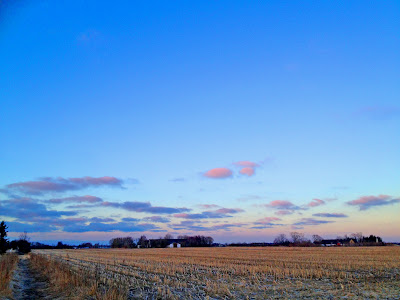 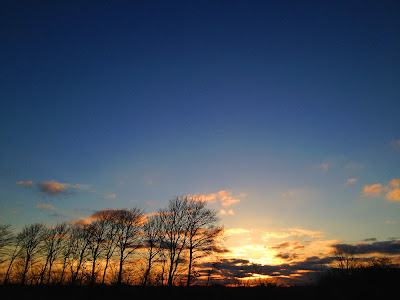 And here below a sentimental walk down the memory lane - the old add for my first camera.:)

smiles. pretty sure we had one of those cameras as well....i used to take more photos when i was younger...i grab some on my phone now when i think about it...i am usually trying to write it down...smiles..

Gorgeous photos! I'm always amazed at the quality of pictures taken on phones! Your morning runs sound wonderful, too!

Those dawn shots are amazing - so gorgeous!

Hi Zuzana,
It is beautiful where you run! Jeff and I have been walking to prepare for our trip to England/Wales/Scotland. We leave tonight! We also are getting up earlier - at 5:30 am this morning and out walking early too. I love it. We found a nice park with a good walking path and have been walking about 2 miles a day. (And I take my iPhone went me too). We like our Canon Point and Shoot still but I use my iPhone all the time. I think the photos are great on it and the ease of using it beats everything. That's the camera I will use on our tour. Jeff had to download over 2,000 photos off my iPhone so I have a clean slate for our trip. Then I deleted all of them yesterday. It use to be so expensive to buy film and have photos developed - you didn't waste taking pictures. Now I can take as many as I want and I do. I love digital photos. I never was one for putting photos in albums either. I'm so glad I lived to see this technology. My Dad would have loved it too. Beautiful post as usual Zuzana! Those photos of you on your blog are stunning. You are so beautiful both inside and outside.
Hugs,
Sandy

My son has an iPhone and his photos are amazing quality as well. Technology sure has helped us all to become better at what used to be just a techno-guru's domain.

Pretty shots.. and I'll bet you scarcely had to pause in your running. :)

Beautiful photos! So glad you are enjoying your morning runs.
We have a nice camera, but seem to use our iphones more than the camera. It's always handy and as you said the photos are great quality.

Lovely photos. I have an iPhone but most of the time I forget that it includes a rather good camera!

These are great photos :)
I still have all the the old cameras and I also like the idea that anticipating what the picture was going to turn out like is what it is all about.
It used to cost a lot to make a film back then and then with all the retakes and the actors were paid less. Today it costs next to nothing and the actors are paid through the nose and then expect royalties from copying someone elses' story, who gets nothing.
Nothing in this world is original anymore.Being original gets to be harder and harder these days. Everything you say or think has been thought and said before. We are walking in other peoples foot steps.

Love love love!!
I had a Kodak pocket instamatic.
with a flip flash.
I carried it everywhere in 1976 or so! I may have to blog about it! :)

How wonderful your daily run must be seeing all this beauty.
Your photographs are amazing and I love the pretty colours of the sunrise.
I am amazed at some of the photos taken with my iphone too - and yes, who would have thought ten years ago we would be using a phone for a camera.

Hope that you have a lovely weekend
hugs
Carolyn

Beautiful shots as always Zuzana!! My daughter who is reading your post with me, agrees :)
P.S. It's so nice to have a place to read without the possibility of stumbling on things she shouldn't see. :)

I wish I could regain my early morning runs. I have been running at noon for the past 5 years and I don't seem to find the energy to wake up earlier and start the day with the surge of energy a run gives you.
I, too, take pictures with my phone while I run. And like you, I also miss the old film. Although I can show my friends my pictures on spot or download 100 in seconds on FB, there is still nostalgia over the good old albums. Nothing like those pictures.

I wish you a wonderful Sunday!

Your running trail is enviable. A wonderful start for the day.
I agree to your running feelings.

The pictures from I phone are about just as good! We all carry nostalic memories of the old cameras that we once possessed!

Thank you so much for your wishes!
I can't believe, that we have the same age, you are looking much younger!
I am not only at peace with my age, Iam at peace with myself!
I am an aries with lots of temperament and I am always honest! I don't store any lies or feelings.
Yoga and meditation and my love for god are helping me to BE . I am more peaceful now and that's a good feeling. That's what I show.

You are a really special person!

Superb. You stay in a place with a stunning natural beauty.

Great photos and what an amazing space to run in. I too love the early morning exercise. Great foundation to the day.

This is a wonderful post. You take wonderful photos with your camera. Technology is a marvel, indeed. I am inspired to think of what is possible. Your reflections on photography have me thinking of all the cameras that have come my way. It really is amazing.

Well hello...I just meandered into ur post through another blogger and was happy to read what you had to share. In a way i am hearing what i have been wanting to. But of course u've done best. :)

Ha! I think you had to send the disc off to be developed? I don't think it lasted long here in the USA! xoxo! :)